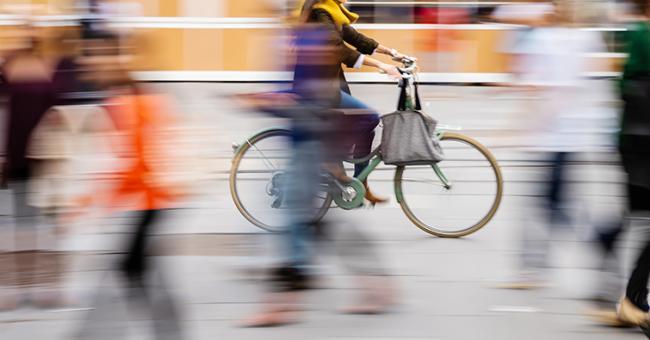 Cycling might be one of the most versatile activities you can engage in. It can be fun and leisurely or an intense adrenaline rush. It can be done by anyone, no matter their age or needs. No license is required and aside from the bike itself and a helmet, it’s a relatively inexpensive sport. In fact, you can go to your local bike shop, walk out with your new bike, and ride it home! Even though riding a bike is an easy sport that can be enjoyed by just about everyone, it doesn’t mean that it’s absolutely safe, accidents can and do happen. Most cyclist-related accidents result from one of the following: reckless motorists, swinging car doors, and negligent pedestrians.

Accidents happen and anyone can be at fault

While no two accidents are the same, the way police and insurance companies treat accidents between a cyclist and a pedestrian follow a common trend: determine who failed to execute their respective duty of care. Simply being a pedestrian or a cyclist plays little role in who is at fault. When bodily injury or property damage are involved, the court or an insurance company will try to assign fault by judging which party broke their respective duty of care. A simple fact of you being a cyclist or a pedestrian does not determine the fault. In such cases, courts and insurance companies apply the law of negligence to each party involved in the accident. 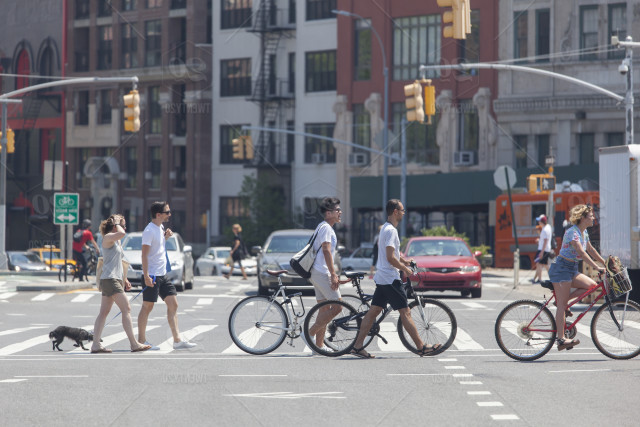 Traditionally, only one party is considered responsible for an accident by courts and insurance companies. However, the modern approach to ruling such cases in many jurisdictions recognizes that in many cases both the cyclist and the pedestrian may be at fault. For example, if a cyclist hits a pedestrian who suddenly stepped into the bike lane outside of an intersection, the cyclist can claim that pedestrian breached his duty of care. It may also turn out that the cyclist was riding with incorrect tire pressure or failed to maintain the bike resulting in increased braking distance. This would be considered negligence on the cyclist’s part and the cyclist may be required to bear some of the responsibility.

Cyclists should always exercise reasonable care when riding. There are many ways a cyclist can breach his duty of care that could result in negligence.

Here are the most common ones: 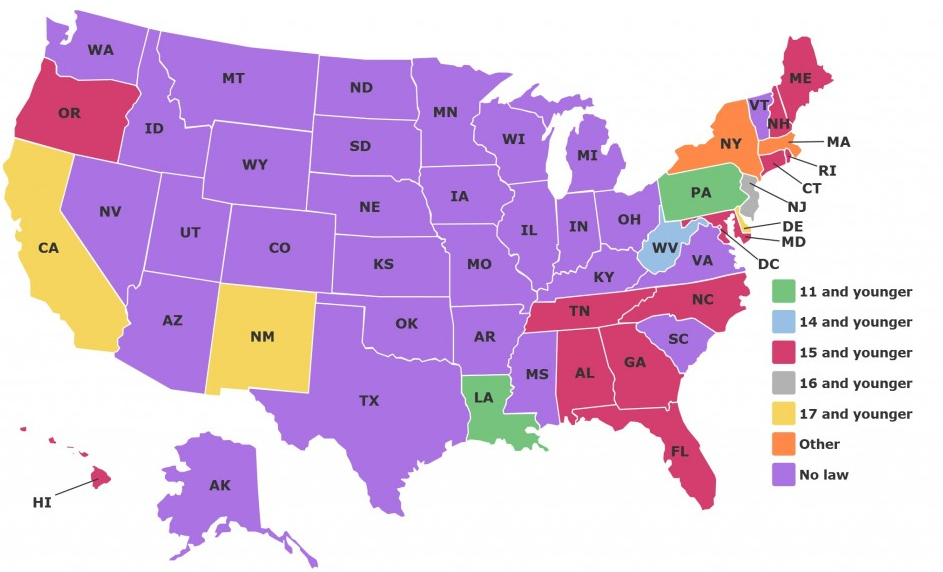 Pedestrians, like cyclists, also owe duty of care to other people who use sidewalks and roadways. The approximate amount of attention and care a pedestrian should exercise must correlate with anticipated consequences or the danger that is to be avoided.

The most common examples of pedestrian negligence are:

If you’re involved in an accident with a pedestrian who you believe has failed to exercise reasonable care, make sure to document the circumstances as they might be instrumental to absolving you from liability.

Beware that pedestrians’ duty of care or amount of care to be exercised also depends on the circumstances. For example, certain weather conditions might make it difficult for the pedestrian to hear or see his surroundings clearly.

What should I do if I hit a pedestrian?

In the event that you are involved in an accident that results in property damage or bodily injury to any of the involved parties, there are a few things you should always do. Keeping the following recommendations in mind just might minimize legal consequences and health effects from the collision.

Be safe. The first thing you should always do is ensure that all persons involved in the accident are safe. This means that everyone is away from any potential dangers, especially oncoming traffic; moving to sidewalks, curb sides, and medians are usually good options. If you are unable to move due to a sustained injury, try to make yourself visible to drivers and ask bystanders for help. If the involved pedestrian sustained injuries and is unable to move be very carefull and do not attempt to move anyone, including yourself, because you simply do not know whether a spinal injury might have occurred. Wait for EMS.

Call the police and the EMS. Whenever personal injury or property damage results from an accident, you should always dial 911 and request police and an ambulance. Police are required to write the accident report. Not only will your insurance company want a copy of the report, but it could prove to be crucial in court. When speaking with police, make sure to provide as much information as possible. And finally, before the police depart, obtain the investigating officer’s badge information and the incident reference number. Both of these numbers will be important in the follow up of your case.

If any party suffered an injury, EMS presence is required. Remember, immediately after the accident everyone involved will experience a spike in adrenaline which masks pain. The person telling you that they are “fine” might be in agonizing pain minutes later, when the effects of the initial adrenaline rush subside.

Exchange your details with the pedestrian. You already know that you need to call the police in order to obtain an accident report. That doesn’t mean you shouldn’t personally exchange information with the involved party. If possible, take pictures of the ID’s of all parties involved. This information should be in the police report, but it doesn’t hurt to take extra precautions in these circumstances.

Get witnesses. Make sure you get the personal information of all independent witnesses. Witness testimonies might help you if your case ends up in court. Documented testimonies can be especially crucial if you are involved in a hit-and-run accident that resulted in the fleeing pedestrian’s negligence.

Take pictures. You can never have too much documentation. So, take (preferrably date-stamped) pictures of the accident scene, including traffic signs and stops. Also take pictures of any property damage (your bike) and any sustained injuries. If you have a GoPro or any other helmet/handlebars camera, save the video and show it to the police. You should also provide the video to your insurance company. You can never have too much documentation.

Go to the doctor. If you are injured go to the doctor to get an assessment/examination of your injuries. Some injuries may become worse if left untreated or neglected. Be sure to keep all receipts, reports, and related documentation from the doctor.

Track your paperwork and evidence. Always keep the paperwork related to the accident including copies of the police report and photographic evidence from the scene of the accident. If you were injured in the accident, also retain all receipts, reports, and be sure to track all related costs. If possible, hold onto any bike parts and accessories that were damaged in the accident.

If you haven’t heard from the police or the other party in a while it doesn’t mean that the accident is behind you. Cases where property damage or personal injury is involved have a strange way of resurfacing. Some states have a three year statute of limitations for personal injury cases so don’t be surprised if you get a letter from an attorney months after an accident. That’s the time when good documentation could mean a difference between an easily dismissed case or a drawn out, and potentially expensive, legal battle.

If you commute to work, or often ride on busy streets for leisure, you are at an increased risk of accident. It might be wise for you to invest in an action camera for your bike. Dash cams or safety cameras are quite popular with motorists and with recent advances of technology they are now small enough to be mounted on a bicycle. 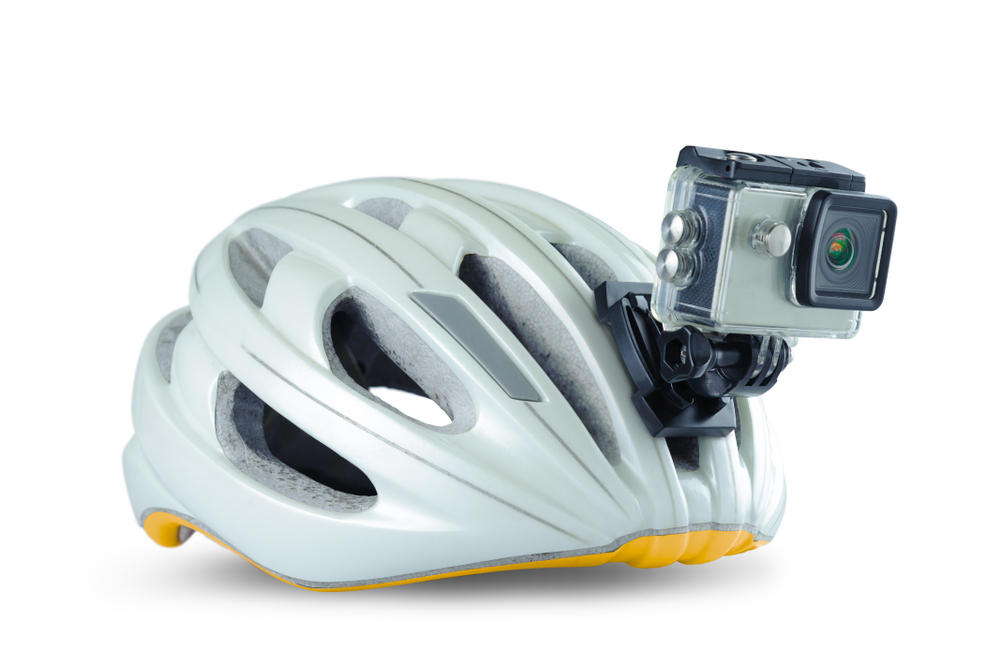 If you don’t have a camera at the time of an accident it doesn’t necessary mean that there’s no footage of the event. There’s a surprising number of video cameras sprinkled around busy areas. After an accident check the area for CCTV or security cameras. These cameras could be mounted on utility poles, commercial buildings and locations around busy parking lots. Since security footage is rarely retained for more than a month, and sometimes as little as few days, it’s imperative that you reach out to the owner of the camera as soon as possible.

You might have to request police involvement to gain access to security footage of municipal CCTV cameras or those owned by organizations with strict security policies, such as banks. Make sure to follow up with the police to see what progress has been made and send them a copy of the video if necessary.

Your bike is an investment not only of money but also of time and the care it takes to maintain it. Insure your bicycle against theft, damage, loss and liability to keep you protected should the unexpected happen. 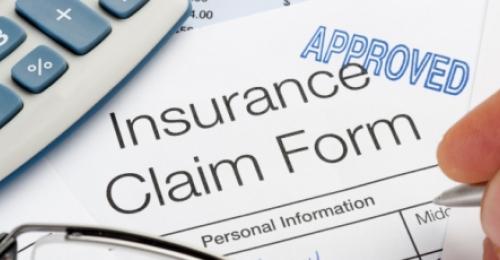 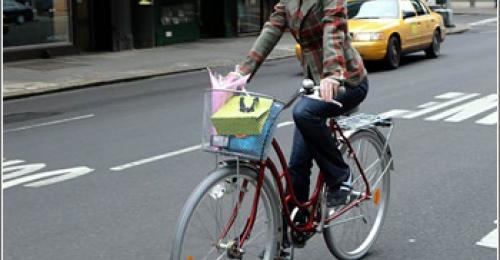 Commuting to work, school, or just running errands by bicycle can be an exciting commitment. There are however many factors to be considered to make your ride more enjoyable. The bicycle It is important that you have a bicycle that can meet your...